Years ago, shortly after I finished college and settled back in Alexandria, Louisiana, a family friend of mine told me of a proposed project that he believed would be a game-changer for the local economy.

“We’re sitting on a gold mine,” he said. “Right across the river, we have the last remaining untold story of the American Civil War.” 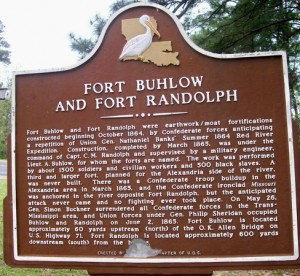 He had a compelling sales pitch: Two adjacent and long-forgotten Civil War forts, Fort Randolph and Fort Buhlow, could be reconstructed and rediscovered. Because most of the land hadn’t even been touched since 1865, it was possible, he said, that Civil War buffs, archeologists, and historians from all over the country would make pilgrimages to this place. There would be more than 40,000 tourists every year, I was told. (And while that may not seem like much for most folks, Alexandria has a population of less than 50,000; Pineville has less than 25,000).

But my friend wasn’t asking me for money. He was asking me to believe in the idea. The project, you see, had already been funded. 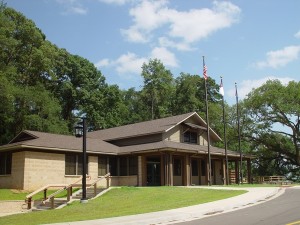 Three years ago, after taxpayers spent more than $4.4 million, the State of Louisiana officially opened Fort Randolph and Fort Buhlow to the public. A few months before its grand opening, Governor Bobby Jindal approved additional funding for the newly-reconstructed Confederate Civil War forts.

At the same time, however, Jindal also vetoed funding for projects and programs that primarily serve poor, at-risk minorities in Central Louisiana, and he decimated funding for the state’s first and the region’s only museum of African-American history.

No one, myself included, seemed to understand the irony: While Jindal was rebuilding Confederate Civil War forts- forts that were originally built by slaves, he was simultaneously slashing social programs and institutions that served African-Americans.

To be sure, I doubt even Jindal realized this, because his funding decisions have never been based on principle. Since the very beginning of his tenure, Jindal has used his pen to exact revenge on any and all politicians who dare to defy him. In 2010, for example, when he cut hundreds of thousands of dollars from programs and social services in Central Louisiana, Bobby Jindal didn’t consider the people who were actually affected. His decisions weren’t based on an evaluation of the merits; after all, he funded identical programs in other parishes all across the state. He, for whatever misguided and terribly cynical reason, believed that his punitive retribution against a community represented by Democrats would somehow encourage that community to support Republicans. Or, at the very least, he hoped to depress Democratic support.

Racism is, more often than not, perpetuated by omission, not commission.

For example, we fund multi-million dollar state parks commemorating the Confederacy while slashing funding for a small but hugely important museum, right across the river, that celebrates one of the most prominent African-American writers in our country’s history. 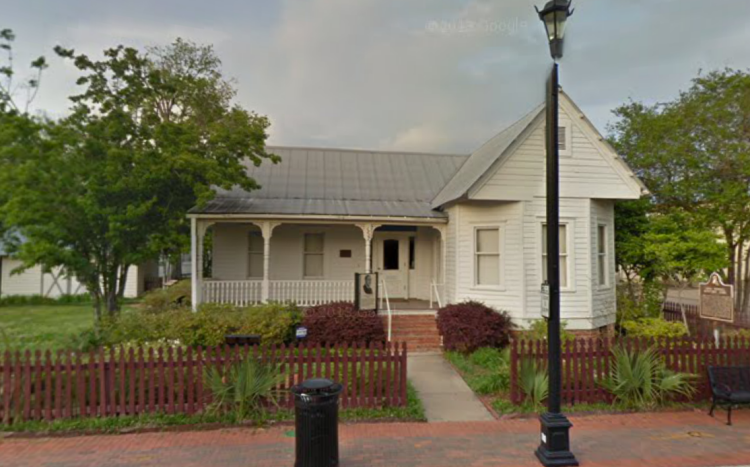 Meanwhile, more recently, Governor Jindal approved spending $2 million on renovating the third floor of a civic building in Franklin, Louisiana in order to house the archives of his former boss, Governor Mike Foster.

Wealthy and middle-class white, conservative, and predominately rural Republicans are rewarded for their loyalty in the ballot box with infrastructure projects and new state parks and additional grant funding for their preferred non-profits, while poor and working-class communities, comprised, primarily, of African-American Democrats, are neglected. Desperately-needed road repairs and streetscape projects are placed in purgatory; community service and health care clinics are told to do more with less; inner-city schools, historic institutions that serve as pillars for entire neighborhoods, sit helpless as their funding is funneled over to fly-by-night private school profiteers and as their credibility is assaulted by a well-financed group of DC-based political consultants hired to sell “school choice.”

Fort Randolph and Fort Buhlow haven’t proven to be a “gold mine” or a “game-changer” for Central Louisiana. They don’t tell any untold stories, and they will never attract tens of thousands of tourists every year. Unfortunately, they have been proven to be historically and archeologically insignificant. 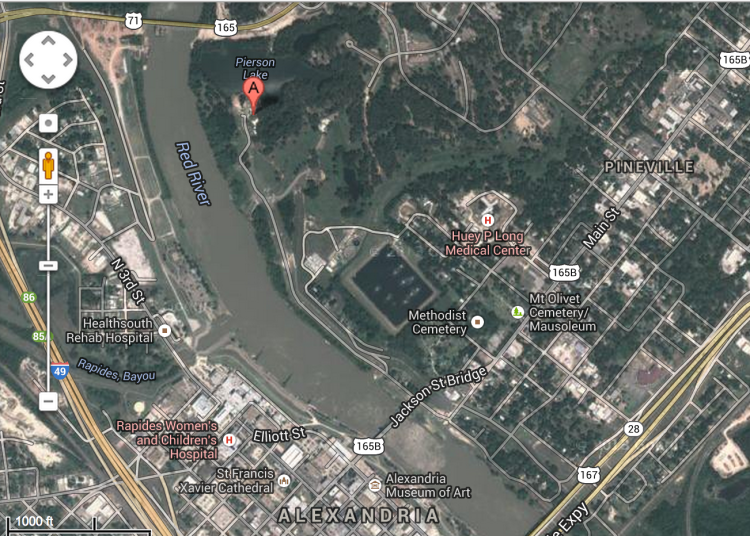 The simple truth is this: It was an epic, embarrassing waste of public money, nothing more than excuse to spend taxpayer dollars in order to line the pockets of a handful of contractors and campaign contributors. It was a project championed, not by the community or even by local historians, but by self-interested architects and self-anointed planners, people who saw an opportunity to make money by transforming a few dozen acres of vacant, practically worthless land into an elaborately landscaped, Confederate-themed nature trail.

Central Louisiana is the setting of the two most important, influential, and best-selling books of 19th century America, Uncle Tom’s Cabin, which is a fictionalized account of life on a plantation in Cloutierville, and Twelve Years a Slave, which is primarily set on the shores of Bayou Boeuf.  Yet, there is not a single place in all of Central Louisiana that properly acknowledges and adequately commemorates the history and the legacy of American slavery.

In Central Louisiana, we’re scrubbing all remnants of slavery from our built environment while rebuilding and reopening Confederate forts. Alexandria, a city in which more than 56% of the population are African-Americans, has only two structures that honor African-American history: The small Arna Bontemps Museum, which has been barely kept afloat after Jindal’s draconian cuts, and a small unprotected (and frankly unremarkable) mural on Lee Street, a mural that routinely attracts vandalism. 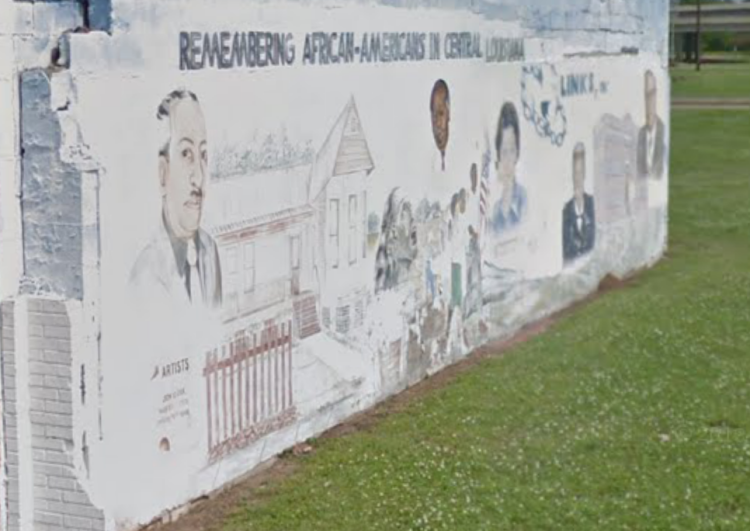 And it may be difficult, if not impossible, for most white people in Central Louisiana to appreciate how insulting and myopic and absurd this all truly is, the ways in which the political establishment and the powers-that-be have continually diminished the relevancy of African-American history, how projects like Fort Randolph and Fort Buhlow demonstrate our misplaced priorities, the naiveté of privilege and our insensitivity, as a community and as a State, toward our African-American brothers and sisters. To be sure, Fort Buhlow and Fort Randolph are not only funded by the State of Louisiana; they also heavily rely on public subsidization from the Red River Waterway Commission, an appointed board comprised entirely of middle-aged white men.

Last week, I wrote about the need for Louisiana to “own up” to its complicity in the worst institutionalized atrocity in our nation’s history.

We cannot possibly do that when white men who represent and serve majority-minority communities believe, for whatever reason, that it is fiscally prudent to spend millions of public dollars on reconstructing and re-imagining the Confederacy. We cannot honor or validate the families who carry the legacy and the scars of slavery by celebrating the very institutions that were designed and operated to perpetuate oppression. Central Louisiana was the setting for many terrible, inhumane crimes against countless African-Americans; Alexandria was burned to the ground by the Union during the Civil War. But recognizing this- teaching and re-telling these stories- does not require us to become some sort of macabre theme park; we don’t need to chase after the tourism dollars spent by Civil War aficionados.

There is, after all, another side to this: If it were not for the stories told by African-American slaves who lived and worked and died on the cotton fields of Central Louisiana, then our nation may have never fully understood the brutalities and injustices of slavery. And, so, in many ways, slaves in Central Louisiana not only helped to justify a righteous battle for equality and ensure the end of an atrocity, they also, in so doing, provided all of us with a better nation, a more perfect union.

I’m not sure what the proper tribute would be.

I don’t know if we even require a new building or a landscaped trail to tell this story. Louisiana, after all, is a poor state, and right now, it’d probably be better to spend money on the things that really affect and empower the everyday lives of its people: Hospitals and clinics, libraries, schools, public transit and roads, drainage projects and the digital divide.

But, either way, I do know this: I’m not buying a ticket to anyone’s fake Confederate theme park.