Nearly a year ago, I wrote about the financial statements, specifically the “990” forms, submitted to the IRS by the Louisiana Family Forum (the LFF), an organization that is roundly considered the most powerful lobbying group in the State of Louisiana. These forms paint an intriguing, albeit incomplete, picture of the operations of an organization responsible for a litany of controversial laws. Among other things, the LFF was the principal force behind a statewide ballot initiative against gay marriage. The organization has vociferously opposed a bill that would have better protected public school children against bullying. And in 2008, along with the assistance of the Discovery Institute and others, the LFF helped to author and then pass the Louisiana Science Education Act, which implicitly endorses and facilitates the teaching of religious beliefs in the science classroom. The leader of the LFF, Gene Mills, is a fixture at the State Capitol, and arguably, Mills is the single most influential unelected leader in Louisiana politics. And perhaps most interestingly, Gene Mills and the Louisiana Family Forum operate, entirely, as a non-profit and rely, almost entirely, on tax-deductible donations to fund its efforts and its payroll. 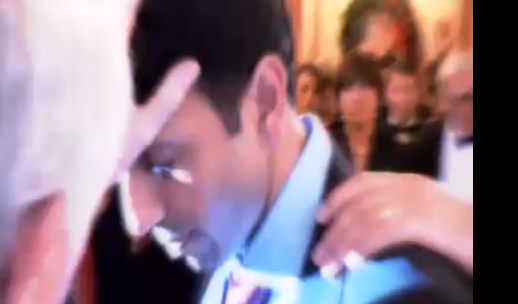 Of course, in and of itself, there is absolutely nothing illegal or improper when a group of like-minded advocates form an organization to advance their policy goals in an open, democratic forum. But certainly, the laws protecting and providing for the establishment of non-profit organizations were not intended to subvert the democratic process or to allow our most powerful lobbyists the ability to finance their careers and advance their agendas as if they are protected charities, as if they are somehow exempt from the laws that govern private economic activity and regulate lobbying. As the old adage goes, with great power comes great responsibility.

The Louisiana Family Forum officially considers itself to be an educational organization, but for years, the LFF’s backers, legislators, and the media have properly identified it as a lobbying group. And again, not just any lobbying group, but the most powerful one in Louisiana. When the legislature is not in session, the LFF is, for all intents and purposes, dormant. Indeed, the organization’s raison d’etre has nothing to do with educating the general public; it’s about “educating” our lawmakers, which is the definition of lobbying.

To be fair, Gene Mills is a registered lobbyist, but, incredibly, for the last several years, during which time numerous people affiliated with and even employed by the LFF have testified to the legislature on its behalf, Mills has remained its one and only registered lobbyist. Anyone who follows Louisiana state government knows that, while Mr. Mills may be powerful, the LFF is not and has never been a one-man show. Yesterday, during the State Senate Education Committee hearing on the repeal of the Louisiana Science Education Act, Southern University Law professor Michelle Ghetti, opposing the repeal, testified that she helped to craft and author the original legislation. Now, I could be wrong, but I doubt that Ms. Ghetti did this work pro bono. I doubt she helped write the Louisiana Family Forum’s signature law, the LSEA, as a favor. But during her testimony, she was never asked the most obvious questions: If you wrote this bill, who paid you, how much did they pay you, and was it ever disclosed? Was it Senator Nevers? The Discovery Institute? The Louisiana Family Forum? Or did you provide your services gratuitously or for free? The same questions can and should be asked of others, like former Judge Darrell White, who once appeared on the LFF’s payroll and then suddenly vanquished, even though he continued to publicly champion its efforts.

I mention this all for a reason: The Louisiana Family Forum continues to dole out hundreds of thousands of dollars every year to the Louisiana Family Forum Action (the LFFA), its sister organization which is prohibited from receiving tax-deductible donations but is allowed a more expansive ability to lobby and influence the legislature. And today, according to its disclosures, in addition to paying Mr. Mills for his lobbying work and one other full-time employee, Dale Hoffpauir, the LFF doles out over $120,000 a year in “other” expenses related to employment, presumably consulting contracts which are not subjected to disclosure. Meanwhile, the LFFA is the beneficiary of tax-deductible donations via the LFF, which it could otherwise never receive. Mr. Mills, presumably, makes money as a lobbyist for the Louisiana Family Forum (considering he is its only registered lobbyist and it disclosed over $42,000 in lobbying expenses in its last report), and he receives a full-time salary from the Louisiana Family Forum Action, nearly $90,000 a year.

It’s not an insignificant amount of money. The LFF is apparently spending six figures every single year on consulting services that are not disclosed. This begs the question: Who is getting paid? And while the nuances in the tax code between 501c3s (tax-deductible non-profits) and 501c4s (advocacy arms) may seem impossibly labyrinthine, it’s actually quite simple: Under the current tax regime, a 501c3 that effectively operates as a lobbying group may attempt to shield itself from exposure by setting up a 501c4, as long as the 501c4 raises its own funding. The problem for the Louisiana Family Forum, insofar as I see it, is that it’s engaging in an obvious shell game, operating its 501c4, almost entirely, with the tax-deductible donations it receives from its 501c3. You can do that, no doubt, but there is no obvious advantage: Every penny that a 501c4 receives from a 501c3 is subjected to laws that govern 501c3 expenditures. Or, at least, it’s supposed to be.

I need to be careful here: I am not accusing Mr. Mills or the Louisiana Family Forum of doing anything illegal. I’m merely suggesting that they’re being shady, that, to me, it appears as if the organization has, for years, acted like it has something to hide– whether it’s shielding the full disclosure of hundreds of thousands of dollars in consulting services or ineptly exploiting the distinctions between 501c3s and 501c4s. But more importantly, I strongly believe that, as a matter of public policy, we should not provide a tax advantage to a small, politically-connected cabal of powerful lobbyists who pretend as if their alleged religious convictions entitle them to special treatment under the law.

Gene Mills may call himself a reverend, but he earns his living as a lobbyist.

Leave a Reply to language translation for adobe Cancel reply