Dr. Claude Pirtle, a resident physician of internal medicine at LSU-New Orleans, is, by all accounts, an ambitious and accomplished young man. According to records filed with the Louisiana Secretary of State and Pirtle’s profile on LinkedIn.com, in 2009, a year before he enrolled in medical school at LSU, Pirtle launched Nodus Studios, LLC, his own one-man web development company that specializes in Adobe Flash. One of the five clients listed on Nodus’s website is Pirtle’s alma mater, LSU. His company was apparently contracted to provide web development work for the Leonard J. Chabert Medical Center, which had subsequently been taken over by Ochsner Health Center in 2013.

This April, Pirtle launched another technology company, Intern 911, which develops apps for smart phones in order to “supplement important clinical information used in the hospital and outpatient clinic by residents and medical students.” In May, Intern 911 launched a “Louisiana Parishes” app, which it claims is designed “to test your knowledge of Louisiana’s parishes.” In August, Intern 911 released an app called Pearls, which it describes as a way “to provide relevant and ‘need to know’ data about medical knowledge used each and everyday.”

As his posts on social media reveal, Dr. Pirtle is also an outspoken supporter of Congressman Bill Cassidy’s campaign for the United States Senate. 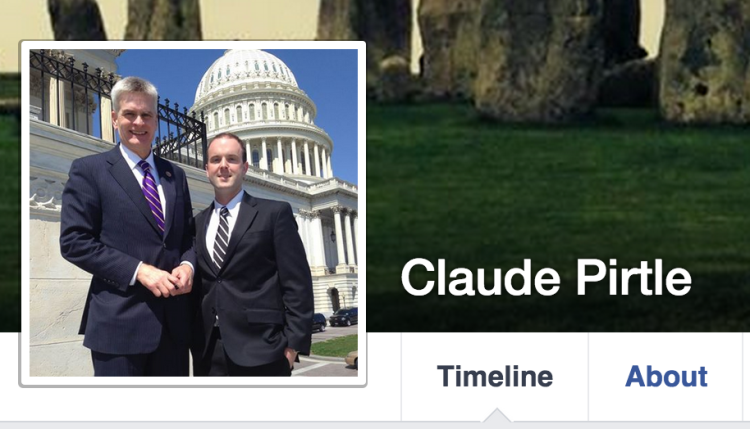 Perhaps then it’s not too surprising that when ABC News was attempting to find someone who could vouch for Congressman Cassidy’s work as an LSU professor, they were put in touch with Pirtle, who claims to have spent the month of March in Washington, D.C. “studying” the Affordable Care Act. Quoting from ABC News (bold mine):

Asked about specific dates on his timesheets when he recorded hours working for LSU but was also on Capitol Hill for votes the same day, Cassidy said that his LSU teaching responsibilities were fulfilled remotely from DC on days when there were conflicting votes.

Cassidy said that, for example, he has provided “resident supervision” for LSU medical students on health policy rotations in Washington, D.C.

One such student is LSU resident Claude Pirtel (sic), who spent a month in the district earlier this year and worked with Cassidy on a project that studied the implications of the Affordable Care Act on health policy.

“Two or three times a week, we’d sit down and talk about health policy and work on projects pertaining to Louisiana,” Pirtel (sic) told ABC News of his time working with Cassidy, which he described as one of “best experiences” of his time in medical school.

Shortly after Jason Berry and I broke the story of Cassidy’s questionable billing practices and work relationship with LSU, the Congressman downplayed the accusations in an interview with The Times-Picayune. Quoting (bold mine):

In an interview Wednesday, Cassidy said that although LSUHSC records don’t show him doing lectures, he taught students as he and they worked with patients at clinics and other facilities. He also advised students, worked with them on their research and papers, including in Washington when he would meet with students doing residencies and internships in area medical facilities after the day’s congressional work ended.

But as his March timesheet indicates and as Pirtle’s posts on Facebook seem to corroborate, Congressman Cassidy appears to have charged LSU for meetings he held during the day from his Congressional office on Capitol Hill, and not, as initially reported, “in area medical facilities after the day’s congressional work ended.”

On March 24th, Pirtle posted this image of himself outside of the Capitol: 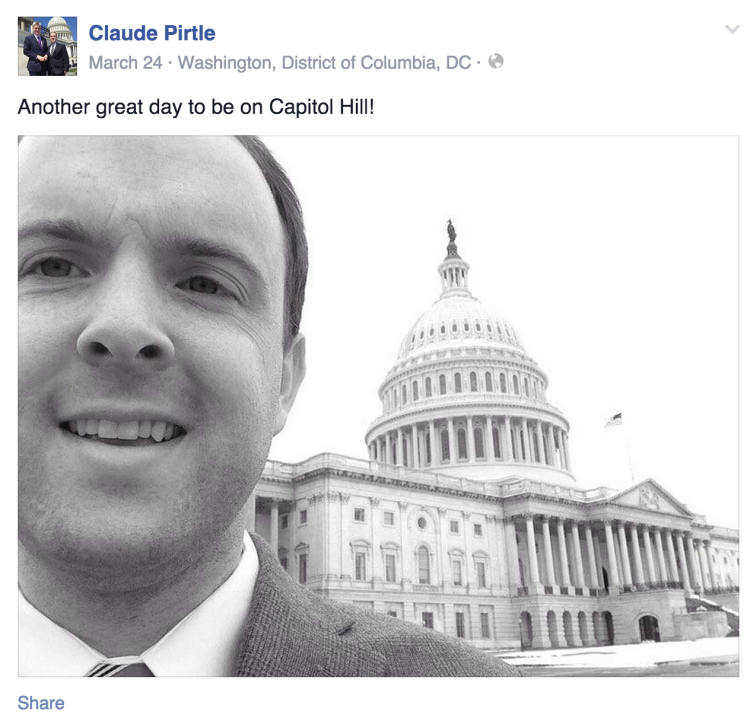 Cassidy was in Washington, D.C. that day. He participated in two roll call votes in the early evening. The next day, March 25th, Cassidy billed LSU for “five hours” of “clinic services or resident supervision” in Baton Rouge. 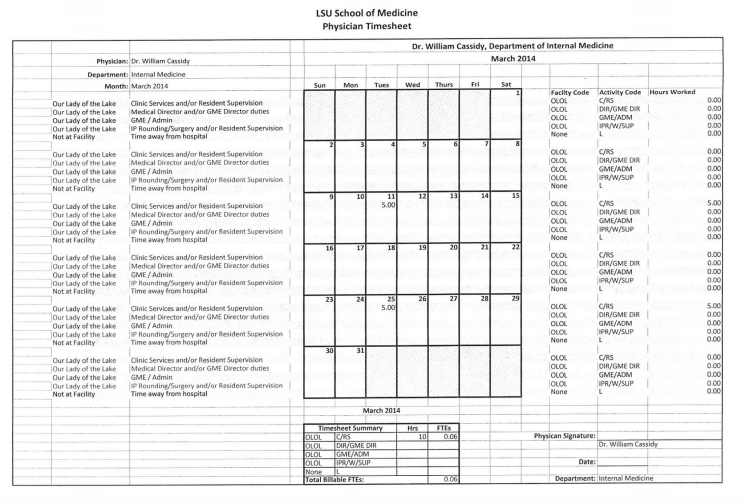 There’s only one problem here: On March 25th, Cassidy wasn’t in Baton Rouge; he was still in Washington, D.C. He cast his final vote on March 24th at 7:08PM and his first vote on the 25th at 2:27PM, not nearly enough time to fly down to Baton Rouge, log five hours at the clinic, and then arrive back in D.C. the next day. There is likely a simpler explanation: That Cassidy billed LSU five hours for the time he spent visiting with Dr. Pirtle in his offices on Capitol Hill, under the pretense of “resident supervision.”

The House Committee on Standards of Official Conduct had made it abundantly clear to Congressman Cassidy, in painstaking detail, that he could only collect a salary from LSU if he taught a class for credit. They did not permit or approve him to charge the taxpayers of the State of Louisiana for meetings he conducted with students from his Congressional offices.

I am unaware of any other Congressman in the history of the United States of America charging his state government or anyone else for that matter for discussions he has with constituents from his office on Capitol Hill. Cassidy’s arrangement with LSU, suffice it to say, was troubling and unusual, and thus far, his explanations have led to more questions than answers.

(Thank you to Amy Lafont, a law student at the University of Arkansas at Little Rock and a student in the Clinton School of Public Service’s Masters Degree program, for bringing this to my attention and for conducting a great deal of background research. Amy will be contributing a follow-up guest column within the next couple of days unpacking these issues in more depth).