Less than two weeks ago, on the night of January 5th, I was hanging out with some friends at the Blue Nile on Frenchman Street in New Orleans. For many reasons, it’s become one of my favorite places in New Orleans, though, admittedly it’s primarily because I’m good friends with a handful of its employees, and whenever I am there, they treat me like family.

I’m also an unabashed fan of Frenchman Street. For someone like me, someone who can only visit New Orleans sporadically and who can’t stand the stench, the obnoxious public drunkenness, and the claustrophobia of Bourbon Street, for example, Frenchman is vastly superior, at least in my opinion. There’s a reason Austin needs to remind people to “Keep Austin Weird,” an underlying fear that the unique, cultured, and urbane enclave it has become could easily be eroded and destroyed and, with that, a tacit acknowledgment that its “weirdness” is relatively new and fragile. New Orleans may have its fair share of gimmicky slogans, but if the storm and the recovery have proven anything, it’s that the city’s culture is deeply engrained in its DNA. There are, of course, hugely important discussions about the nature and the direction of the city’s ongoing recovery and the need for historic preservation, yet New Orleans proves, at least to me, that culture is more resilient than buildings; real culture is weatherproof, and as threatened and as fearful as some of New Orleans’s biggest champions may have been about the potential of losing that culture– of Disneyfication or corporatization (some of which, no doubt, has occurred), New Orleanians don’t have to remind themselves of the fierce urgency of maintaining their own “weirdness.” Baby, they were born that way.

It was the night of January 5th, and I was upstairs at the Blue Nile, sitting on the balcony outside and catching up with my friend Daniel. At some point, we moved back inside to visit with our friend, who was tending the bar. And I was happy, ebullient even, thankful to be reunited with so many of my friends, many of whom I hadn’t seen in seven or eight months, and I was marveling at New Orleans.

I can pinpoint the exact moment this occurred, because immediately beforehand, I sent out the following sentimentally ridiculous tweet:

I pressed send, I walked to the bathroom, and then, while making my way back to my seat, I accidentally bumped into a girl. I’ve never been particularly skilled at walking through crowds; every stranger seems like a potential landmine, and when your balance is as bad as mine is, there is a real fear that you could miss a step or drag a foot and end up causing yourself and others to fall like a chain of dominos. But thankfully, I didn’t hurt the girl. She was just nudged, and I could tell, immediately, that she thought I had intentionally tried to bump into her.

And obviously, I was in a particularly great mood, and in no way did I want to cause any trouble. “I’m so sorry,” I said.

She was a petite, blonde-haired white girl, around twenty-two or twenty-three years old, and she’d obviously had a little too much to drink. “No, you’re not.” She was standing next to a young white guy wearing a polo with an upturned collar. “He bumped me,” she told him.

She rolled her eyes and laughed. “No, you’re a liar.”

We were standing only two feet apart, and she reached over and grabbed me by the neckline of my shirt. “You’re a liar. You don’t have cerebral palsy,” she spat. And then, with her hand still holding my shirt, she shoved me as hard as she could, and suddenly, I was on my back, surrounded by a few dozen people on the dance floor, pointing and laughing (which is what most people do when someone falls flat on their back in the middle of a crowded dance floor).

Within seconds, though, two people hoisted me to my feet, and I stood, once again, face-to-face with this girl. “You need to leave this place right now,” I said. “Leave.” And before she could even muster a response, two security guards walked over to her and escorted her out.

Her friend, the guy in the polo shirt, didn’t follow her. “I can’t believe she did that,” he said.

“You don’t understand,” he said. “My brother has cerebral palsy. I’m so sorry she did that.”

According to a 2008 study by the British Journal of Learning Support, nearly 25% of students, at some point, are the victims of bullying; among kids who live with physical or developmental disabilities, the number is closer to 60%. Other studies have suggested that disabled children are two to three times more likely to be chronically bullied, and in a “landmark” study conducted in 1994, researchers found that children with conditions like cerebral palsy were “more likely to be called names and aggressively excluded from social activities.”

Last September, 11-year-old Mitchell Wilson, who suffered from muscular dystrophy, committed suicide after a group of kids beat him to the ground, smashed out some of teeth, and stole his iPhone. Mitchell suffocated himself to death. 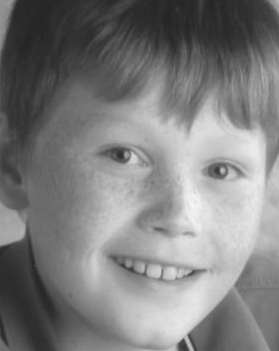 My heart aches for Mitchell and his family, because I know, first-hand, what it feels like to be bullied as a child because you walk differently or move more slowly than other kids.

Whenever this happened to me, whenever I felt sorry for myself or wondered why, existentially, I was born with a disability, my father would tell me, “Everyone has a disability. You’re fortunate, in many ways, because most people can see yours. Sometimes, it’s even more difficult for people who suffer from things that you can’t see.”

It’s advice that has carried me through life. It’s made me stronger. It’s made me more resilient, and I think it’s made me more understanding of those who think it’s funny to bully and humiliate the physically and mentally disabled– the notion that they too must be suffering from something, something so pernicious that they feel the need to hurt and humiliate people simply because they were born with a condition over which they have no control.

I am 29 years old now, and even today, I still am sometimes ridiculed and bullied by strangers. I won’t pretend that it doesn’t bother me; of course it does. But at this point in my life, I’ve shaken off the last bit of self-pity that I may have ever possessed as a child. The girl at the Blue Nile, she didn’t upset me personally.  I’ve learned, through time, to be headstrong and to understand that the problem belonged exclusively to her. Still, when things like this happen to me (and they still do, more frequently than even my closest friends and family may imagine), I’m not bothered because I feel any sense of embarrassment or shame. At my age, when you’ve fallen in public as often as I have, you tend to develop an almost matter-of-factness about the whole thing. I’m bothered because I know that if a person is willing to make fun of me for my disability, to call me a liar and throw me on the ground, then they’re also capable of doing the same thing to people who are much more vulnerable than I am.

I am who I am, and I have just as much of a right to share my perspective and my story as anyone else. If you think that I write about these issues in order to garner sympathy, then I seriously feel sorry for you. During the last year, one outspoken member of my hometown has publicly claimed on the Internet that I deserve to be labeled a “gimp” because I write about my disability to drum up sympathy.

I am not, have not, and have never written about my disability for sympathy. This is my life; it’s sometimes a big part of my life; it’s informed my opinions on certain issues. And now that I am adult, I feel more obligated than ever to share my perspective, to raise awareness, and to stand up to those bullies who think it’s perfectly acceptable to shove kids onto the ground, literally or figuratively, simply because they walk or talk differently.

The same person who has called me a “gimp” has also altered photos of me to make it appear as if I am wheelchair-bound. I would submit to him and to others who may think like him: The men and women, the boys and girls who must navigate through life in a wheelchair possess more courage, more strength, more integrity, and more compassion than anyone who would ever attempt to use a wheelchair as a symbol of inferiority or ridicule. And whenever you do something like this, whenever you encourage someone who believes this is perfectly acceptable, you are contributing to a culture of hatred and bigotry; you are endorsing a climate of intolerance that makes kids like Mitchell Wilson feel there’s no way out, that no matter what a kid like him could do in his life– graduate from college or become a doctor or a lawyer or a physicist– he’ll always be nothing more than a “gimp” in want of sympathy.

But kids like Mitchell remind me of my special obligation to stand up to bullies. Sure, sometimes, they may knock me down, but with a little help from my friends, I’ll always be back on my feet in seconds.