In the next few days, I know I will want to share a few more things about my grandmother, but for now, I just wanted to share her obituary, the most challenging and most humbling thing I have ever had the honor of writing in my entire life: 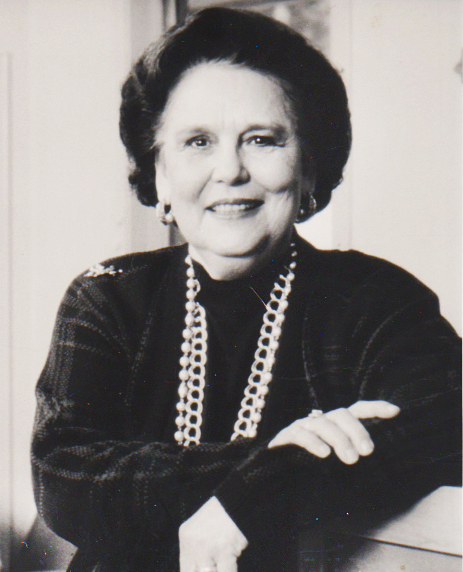 Mrs. White was a dedicated and loving wife, mother and grandmother; a tenacious and passionate advocate for the poor, the dispossessed, single mothers, orphaned children, and the disabled; and an active leader in the United Methodist Church on the local, district, and conference levels.

Mrs. White was first inspired to service and charity as a young girl, after reading Pearl Buck’s accounts of peasant life in rural China. She gave her time, talent, and energy unselfishly and exhaustively because she felt compelled by her deep faith in Christ.

Mrs. White was a founding member of the Shepherd Center, a founder and first President of the Louisiana High School Speech League and Tournament of Champions, a founding member of Hope House, Christmas Cheer for Children, the Care for Share Tutoring Program, Angel Care, the Wally White Lecture Series, Rapides Parish Chapter of the Habitat for Humanity, past President of the Louisiana Speech Association, an Executive Committeewoman of the Job Training Partnership Act State Council, the Chair of the State Committee on Illiteracy and Education, the Chair of the Rapides Parish Workforce Investment Board, and a founding member of the Central Louisiana Food Bank.

Mrs. White worked with the Governor’s Office and the Department of Corrections, spearheading and chairing a task force that investigated disparities in the treatment of incarcerated women and juveniles.

Mrs. White also championed the creation of Aiken Optional School in Rapides Parish, and she helped create the Kuumba Center, an inner-city educational and recreational institution.

Mrs. White graduated from Lecompte High School, and at the age of sixteen, she enrolled in Louisiana State University, earning a Bachelors of Science degree in Speech and Social Studies in 1950.

While in college, Mrs. White was a founding member and President of the LSU chapter of the Delta Gamma Sorority.

In 1999, Mrs. White earned a certification from the Summer Leadership Institute at Harvard University’s School of Divinity.

Lillian Joanne Lyles White was born on September 12, 1929 in Lecompte, Louisiana to Samuel Pickles Lyles and Marie Myrtle Guy Lyles. She was the eighth of twelve children. She and her siblings were raised on Compromise Plantation in Lloyd’s Bridge, Louisiana. Her parents were sharecroppers for many years, but eventually, they leased and operated a farm of over 800 acres.

In December of 1951, American Magazine named the Lyles family its “Family of the Month.” Although, at one point, the Lyles family operated one of the most productive cotton farms in the American South, they never owned their own home or land. Mrs. White’s parents believed the most important inheritance they could leave their children was the opportunity for a college education.

As a child, Mrs. White worked with her siblings on the family farm and was actively involved in the local 4-H club, serving as its President when she was in high school. In an era of Jim Crow laws and the Ku Klux Klan, many of Mrs. White’s closest friends and playmates were the sons and daughters of African-American sharecroppers. At a very early age, Mrs. White became a champion for civil rights, a cause she publicly and vigorously supported throughout her entire life.

Mrs. White possessed a preternatural gift of language. As a teenager, she wrote a poem about her mother, which was read on a national radio program by famed broadcaster Bert Parks on Mother’s Day. As an adult, she was a frequent keynote speaker and lecturer at numerous regional and statewide conferences.

After graduating college, Mrs. White became a teacher at Bolton High School, a position she held from 1950 to 1963. She taught World History, American History, Government and Economics, and Speech, and she was particularly honored and proud to serve as the coach of Bolton High School’s Speech and Debate team. Mrs. White was instrumental in creating a statewide forensics circuit. She cherished every one of her students, and she always considered them to be an extension of her own family.

In 1978, a few years after she lost her son Wally, a toddler, Mrs. White with her husband created the Wally White Lecture Series in his honor. For nearly two decades, Mrs. White recruited some of the world’s most prominent theologians, thinkers, politicians, and writers to share their wisdom and their perspective with the people of Central Louisiana.

In 1983, she was one of the founding members the Shepherd Center, an ecumenical ministry that assists the poor and the dispossessed, by uniting twenty-nine different church congregations around a common cause: helping people in need. She not only provided the vision and the driving force for its creation, she purchased and then donated a building to house the center. As a part of her work with the Shepherd Center, Mrs. White also created the Christmas Cheer for Children program, which provided computerized cooperative aid to over 4,000 children annually.

In 1989, she was one of the founding members of the Hope House, a homeless shelter for women, mothers, and their children. Mrs. White arranged for the donation of a large, historic home on Bolton Avenue and raised both private and public funds to renovate and operate the facility. Since its creation, the Hope House has provided thousands of women and children a new beginning.

During her life, Mrs. White cared for thousands of families and championed dozens of causes and charities, but she loved and relished her thirteen grandchildren more than anything else.

She is survived by five of her sisters: Betty, Manie, Grace, Nancy, and Kitty.

The family asks that all memorials in honor of Joanne Lyles White be sent to the First United Methodist Church of Alexandria, 2727 Jackson Street, Alexandria, Louisiana 71301.