I want to thank the faculty for the opportunity to speak with all of you about the importance of education and the journey that you are all now embarking on together.

I know it’s still a little early, so I’ll try not to put ALL of you to sleep.

When the late, great novelist David Foster Wallace, who wrote an amazing book called Infinite Jest, was asked to deliver a commencement address at Kenyon College, he began with a funny little parable:

In Wallace’s version, he didn’t use the word “heck,” but I think you get the idea.

Wallace explains the point better than I can. He says, “The most obvious, ubiquitous, and important realities are often the ones that are hardest to see and talk about.”

I remember when I was a freshman thinking that I was on the homestretch, that after finishing elementary school and then junior high, I only had four years left and then I’d be free– finally an adult with a degree, independent.

Well, I have news for all of you, and I know some of you may not want to hear it: Your education has only just begun. The last nine years were just a preamble, just the introduction.

The truth is that your education never really ends.

Embrace that. Accept it. You shouldn’t want it any other way.

Your education is the single most empowering force in your life.

I should probably tell you a little bit about myself. Let’s get this out of the way first: If you haven’t already noticed, I was born with a physical disability, cerebral palsy, which, I have to admit, really put a damper on my childhood goal of being a major league baseball player. I can’t swing a bat, and my hand/eye coordination is terrible.

This may sound weird to some of you, but I consider myself incredibly lucky. Most people who have cerebral palsy spend their lives confined in wheelchairs. Many have difficulty speaking and could never possibly live independently. Without question, I am the exception to the rule.

I am also fortunate because I was born into an amazing family. My mother, easily the coolest person I have ever encountered, never let me feel sorry for myself and instilled in me a sense of motivation and determination that I still carry with me. And my father, who passed away nine years ago, often reminded me that “everyone has their own disability.”

I think he was absolutely right. Every single one of us here today has their own unique challenges.

We all have abilities, and we all have disabilities.

But here’s the thing: Education- that is, the accumulation of knowledge and experience, is not only the most empowering force in life, it is also the greatest equalizer. 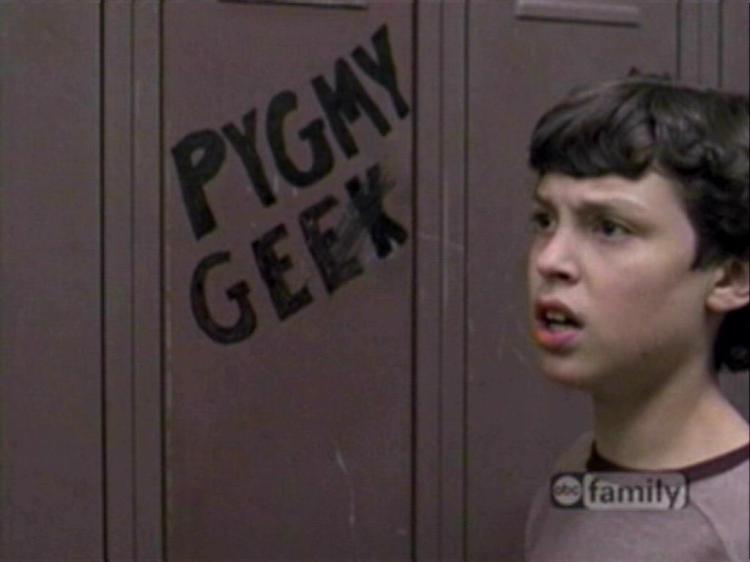 Ten years ago, I graduated from Alexandria Senior High. When I was here, I was driven, and I found that the more I cared about my education, the more my teachers cared about me. I have no doubt that you will discover the same thing. Mrs. Gingras taught me how to be a champion debater and speaker. She provided me with the opportunity to win state competitions, and because of her, I was able to compete nationally. Mrs. Hemingway introduced me to the genius of contemporary fiction and gave me a chance to hone my skills as a writer for the school newspaper. Because of her, a few years later, I was able to learn from some of the world’s most accomplished and respected writers.

After I graduated from ASH, I went to Rice University in Houston, where I earned a degree in English and Religious Studies. My years at Rice were incredibly fulfilling.

One of my professors often said that she believed students from public schools, like ASH, were much more grounded, mature, and well-rounded than those who attended exclusive, private schools. It may sound counter-intuitive to some people, but I think it is a wise observation. ASH will give you more than a diploma; it will provide you with real-life experience as well.

Some of you will not go to college. If your teachers are good, then they will never admit this to you. I am not a teacher and am not obligated to pretend as if all of you are immediately college-bound.

But personally, I think all of you- every single one of you- should strive toward making Alexandria and Louisiana, your mother, father, grandparents, brothers, sisters, and friends proud by earning a college degree.

And when you go to college, my advice is this: Pursue your personal passions. In college, unlike high school, you can decide what classes you take.

You only have one chance. Life is short, and you’ve been given an incredible opportunity. And you have only just begun.

A couple of weeks ago, I was in South Africa, which, I have to say, I think is one of the most amazing and beautiful countries on the planet. In 1994, before most of you were born, a man named Nelson Mandela was elected President of South Africa, after spending the prime of his life, over 27 years, in prison for opposing the racist and totalitarian system of apartheid.

Apartheid ensured that only a small handful of white families controlled the bulk of the wealth and practically all of the power in the entire country. It also meant that blacks were forced to live in slums and shantytowns, kept away from basic resources, and, perhaps worst of all, denied a decent education.

Things have definitely changed in South Africa since the fall of apartheid and the Presidency of Nelson Mandela, but it’s hard to overlook the fact that there are still shantytowns and squalor, that even though things have gotten better for many black South Africans, there is still inequality.

When I was there, I had the opportunity to spend a couple of days with a guy named Mark September, the son of Reggie September, one of the main leaders of the so-called Government-in-Exile during apartheid. Mark didn’t grow up in South Africa. He grew up in London, where his father had fled in order to escape charges of treason. When Mandela was released from prison, Mark and his family returned home, after being exiled for nearly twenty years, and his father became a popular statesman, a Member of Parliament from Capetown.

Of course things are much better, Mark said, but still, only 15% of people in the entire country make enough money to pay taxes. South Africa is a country of nearly 50 million people, and it is the richest country on the continent of Africa. But there is a 30% unemployment rate, and there is a severe shortage of skilled workers.

Because most people don’t have an education. Again, education is the greatest equalizer.

Education breaks down barriers more effectively than any political revolution.

Every single one of you has been given an amazing opportunity that most of the children of Africa and India and South America and Central America dream for.

Understand it. I know most of you have never traveled the world, but I hope you will all recognize that you are global citizens.

As tough as things are for you- and sometimes, times will be tough, you need to always remember that there are kids your age all over the world who grow up, literally, in flimsy shacks made out of discarded garbage. And despite those conditions and despite the fact that most of them will probably never have the chance to earn a high school diploma or a college degree, they still know laughter; they still experience joy; they still believe in their futures.

As an aside, while I was in South Africa, I went to one of the poorest and most remote villages in the country, a place, ironically enough, named Dixie. The schools were on break for the holidays, which meant that the kids were all out on the streets. After driving around for a bit, we stumbled on a group of kids, most of whom were much younger than you, and as a greeting, they all began singing and dancing, smiling wildly.

The song: Beyonce’s “Single Ladies.” Seriously. And it was awesome. 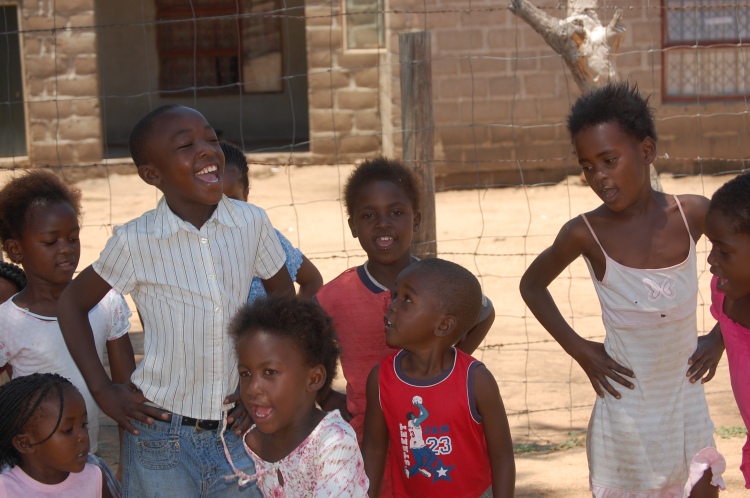 But back to the point:

You are being given the chance to become empowered, and all you have to do is show up and pay attention.

You are all very lucky.

I’m not saying it’s easy. Some people say high school should be the best years of your life.

You have to spend most of your waking hours strapped to a desk in a government building, wearing a uniform and an ID badge. You are involuntarily employed, without pay, by the United States Government with the title of “High School student.”

And on top of all of that, you have to deal with a ton of workplace dramas.

But if you embrace this opportunity, it will change your life for the better. It will open doors; it will give you the chance to provide for yourself, to make a mark on this world.

You are blessed. You are all privileged. Good luck to all of you as you embark on an incredible chapter of your lives.