And it makes The Smoking Gun and, no doubt, will soon make the national wires. Quoting:

OCTOBER 8–Angered by a delay in the receipt of his voter registration card, a Louisiana man today threatened election officials, claiming that he urgently needed to cast a ballot to “keep the n****r out of office,” according to police. Wade Williams, 75, was arrested this morning on a felony terrorizing charge after allegedly calling the Registrar of Voters and warning that he would come to the state office and empty his shotgun unless he got his registration card. Using profanity and racial slurs, Williams told a state official “about needing to vote to ‘keep the n****r out of office,” according to an Ouachita Parish Sheriff’s Office affidavit, a copy of which you’ll find here. Though the document does not name the candidate to which Williams is so violently opposed, it seems likely he was referring to Democratic presidential candidate Barack Obama. After being arrested at his Monroe home, Williams was booked into the Ouachita Correctional Center, where the below mug shot was snapped. En route to the jail, he “continued his ‘tirade’ about n****s and also stated that he had a shotgun, but had it hidden at his residence,” reported Lt. Michael Judd. (2 pages) 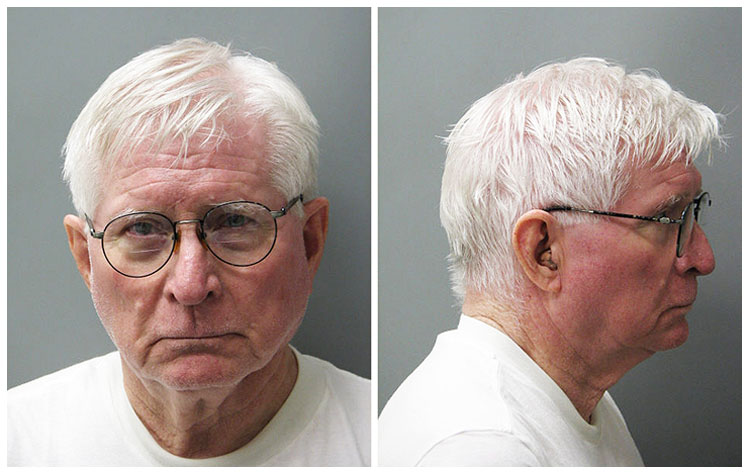