Yesterday, I somehow ruptured a tendon in my foot, which, as one of my friends puts it, totally ruins the rest of my football season and guarantees I’ll be limping (even more) around for the next few days, all while bracing and preparing for the next Big Hurricane, Ike (which I assume is a either nickname for Dwight Eisenhower or a tribute to the late, notorious Ike Turner).

An acquaintance forwarded me this website, which is an aggregate of all of the weather maps of Ike that are out there on the Interwebs. It’s a great resource. You should check it often.

Best of luck to my friends in Houston, who decided to brave this one out even though they’re electricity addicts. It appears as if you guys are in for it. Stay safe and dry and well-nourished. And keep making ice, since everyone in Houston is apparently sold out.

Here in Alexandria, it appears like there’s a good chance it’s going to be windy (which it already is): 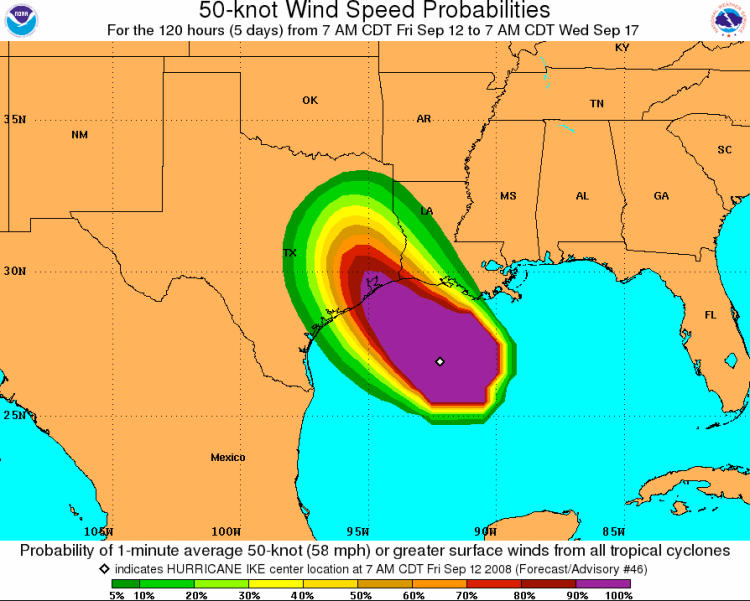